Back in February, I wrote a review of Big Magic. At the time, I agreed wholeheartedly with Elizabeth Gilbert: if the ideas that come to us don’t get prompt attention and grooming, they’ll fly off to someone else.

Today, I’m going to tell you a story that completely contradicts that theory.

In January of 2012, a germ of an idea landed on my shoulder about a ferry captain who’d been put ashore. One of the first things I “discovered” about him was that he lived on an island—an imaginary island, because then I could bend the land to fit the story. I drew it out, dredged a harbor and built a ferry dock, wrote a few scenes and fleshed out a few characters. He’d been replaced by a female captain. And his girlfriend had dumped him when he lost his job… 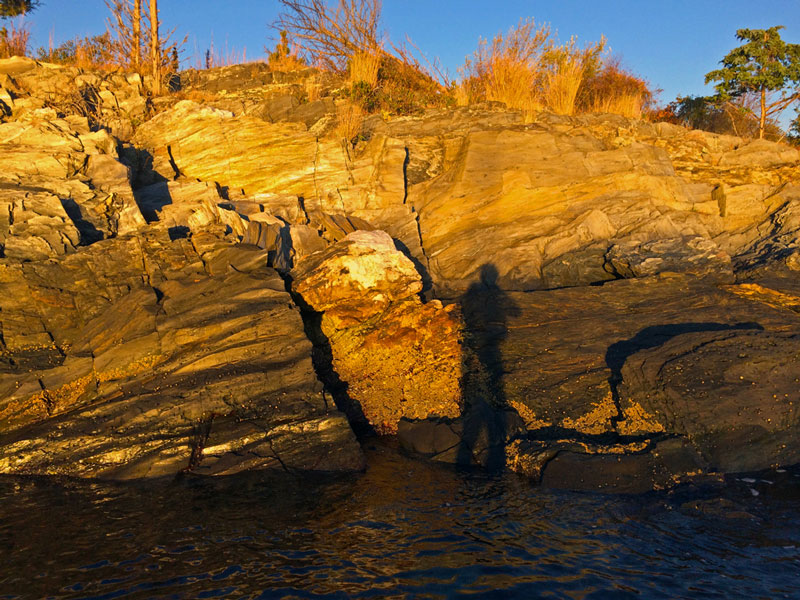 I was just gaining some momentum when other writing (of the immediately billable variety) claimed me. So I put the story aside, thinking I’d get back to it in a week or two—whenever I again had the brain space to continue.

Somehow, four years flew by… and then this past January, I finally worked up the nerve to peek into that island world. With Big Magic’s theory fresh in my mind, I was worried it would all be gone—that the words I’d written four years before would mean nothing now. Instead, I stepped off that creaky ferry right back onto that same wooden pier. Strolling up the big hill (the one that makes even the locals pause for breath halfway up), I greeted my character-friends again. Instead of flitting off to someone else, they had all patiently waited for me to return. What a relief.

Three months later, life and work continue to interfere—but I’m making progress. Almost every day I make a new discovery: Oh, that’s what happens next! Or Wow, I didn’t know he was going to do that… which is hard to explain to anyone who thinks I’m driving the story bus. As I put it in September 2011, while working on what would eventually, after several false starts, lead me onto my imaginary ferry dock, “sometimes the only way to find out what happens next is to keep typing.” (Read more: Yes Dear: Listening to my Characters.)

Since I started writing again, I’ve been rather fanatical about not discussing the story in any detail—for fear it will flit away or turn into something else (maybe better, but maybe not). Instead I’ve been rushing to finish a rough draft, before I lose the magic of this island where I feel so much at home.

Standing back a bit, though, that fear seems rather silly. I ignored this same idea for four years, and it stuck around waiting for me to pay it some decent attention. Now that I’ve been working with it for a few months, it’s still here—more defined, different from the original, but still holding firm, just as a rocky island should. So maybe stories are less like butterflies and more like people, each with its own personality? If so, this one gets an A+ for persistence.

Four years and three computers ago, I captured a mad collection of stuff into a single Scrivener file called, of course, “Island.” When I finally found the nerve to click open that file, it was all still there: Scenes. Ideas not yet fleshed out. Links. Two charts (large scale and small). And a whole slew of random research snippets about a fantastically wide range of unrelated topics.

Filing is not my strong suit, and if I’d had to piece together this story from a four year old folder of poorly named Word docs and Photoshop files, I’m sure my imaginary island would have flitted away in search of a more organized home. Instead, it did me the honor of sticking around until I had time to write it out.

So now I find myself happily disagreeing with Elizabeth Gilbert: not all un-groomed ideas leave us when we can’t give them immediate attention. Maybe this one understood that Scrivener would keep it safe, even while I was off learning the difference between a bowrider and a deck boat. Or maybe it knew I’d been thinking about it all along. Because even while I was writing about other things, whenever I looked out to sea I’d spot the faint hazy edges of my imaginary island.

And now if you’ll excuse me, I’m going to go find out what happens next.

2 Replies to “The Story That Didn’t Go Away”