Once the building blocks are in place and the story’s on the page, once I know (at least in a rough drafty way) what’s going to happen next, it all seems so obvious.

Now that I’m struggling with a new story and a new main character, I remember: this is hard work.

Of the writer’s three hats, I haven’t worn the first one (the creative hard hat) in over a year. I’m starting from scratch again, so it’s time to glue it back on my head and get back to what makes all the rest (editing, marketing, sales, sharing my story) possible. It’s time to write the next story. 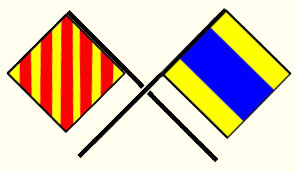 It was a busy summer of racing, including two back to back international competitions in Denmark and here in the US. Since June I’ve secretly looked forward to September; longer nights, cooler days, and most importantly a span of multiple weeks at my desk. I was itching to dive into the next project, to get to know that new character who kept tugging at my semi-conscious.

And now September is here, and her story isn’t writing itself.

It doesn’t help that I’ve also been fantasizing about a personal conversion from seat of the pants writer to outliner, which would be way more efficient. (Authoress Anonymous, I’ve been jealously admiring your progress.)

But outlining seems to scare my characters away. They like to creep into the shadows of the page; they’re what happens when I’m making other plans. Like Oliver and Casey, there’s no easy, efficient way to get this one to show her face—I just have to keep adding those blocks of words to my sculpture and hope eventually she will be chiseled into clarity.

Now I remember why there are always passages in my first drafts where nothing really happens; it’s because sometimes the only way to find out what happens next is to keep typing. I’d hoped that with each story, this part of the process will become more linear. More outline-able. But apparently, even after multiple books, a new character might be inclined to drop into the bar downtown for a beer or three with some guy who has nothing to do with her story’s progress.

(At least, that guy has nothing to do with the story I’ve outlined.)

Here’s the blessing and the curse of imagination; it doesn’t listen to me. The best characters take over, forcing me to write scenes I never visualized as part of their story.

Once I get to know this one better, I’m sure her path will seem perfectly logical. She is, after all, quite methodical. Even if I don’t mention that she brushes her teeth every night, I already know that she does.

Unless, of course, she’s lost all her possessions—including her only toothbrush—because her boat has just been sunk.

Tomorrow, I’m going to give up on my pretty outline and follow the path of this new character. Because if I’m stuck, she wants to take me somewhere else.