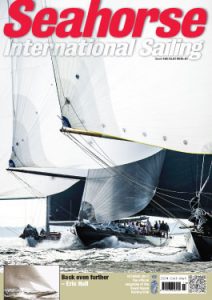 Time to crow a little! The Trump Card just won first place in Boating Issues, News and Analysis, one of 17 categories in Boating Writer’s International’s annual writing contest. The article was the second in a bi-annual series that follows double gold medalist Malcolm Page and his leadership of the US Sailing Team; reading through it again six months later, I can see that it also contains a surprising amount of me (as well as a pinch of politics).

I’m proud of both the award and the judge’s quote about it: “A lesson all elected leaders or politicians should be required to read before running for office, after their election, and before going to bed each night. Delightful honesty while showing the sailing community there is a steady hand on the tiller.” (See who won second, third, and an honorable mention in the BWI press release.)

It’s been more than a decade since I hung up my Olympic boots, but the US Sailing Team is still so near to my heart (and Malcolm such a charmer) that it’s hard to remain objective. Here’s the thing—remember the power of personal story? 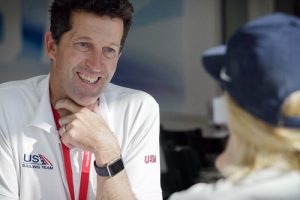 The previous BWI awards I won were definitely personal; as I put it in My First Two Writing Awards, “both are great examples of ‘stories with heart,’ the ones that get those many extra hours of editing, the careful word choices, and (maybe most importantly of all), a lot of late night/early morning woolgathering, long after the first draft has been completed.” I spend more time on the stories I really care about, and whether I realize it or not, that shines through.

I couldn’t make it to the Miami Boat Show this year to collect my award in person, but I’m grateful to BWI for giving me an annual incentive to keep striving for excellence—and to Malcolm for being so easy to interview. I”m writing our next semi-annual Seahorse update, so stay tuned!