The first several times Sailing World’s Dave Reed asked me to do a profile of Ed Adams, I said no way—the only editor’s suggestion I’ve ever refused. Finally, he sent over a contract, for “when you get the gumption to tackle it!” He told me I was the only person who could write the piece he wanted. Those of you who subscribe to the magazine already know his persistence worked. What I’ll try to explain here is why I refused at first—and also why I’m very glad that I eventually agreed to write Ed’s story. 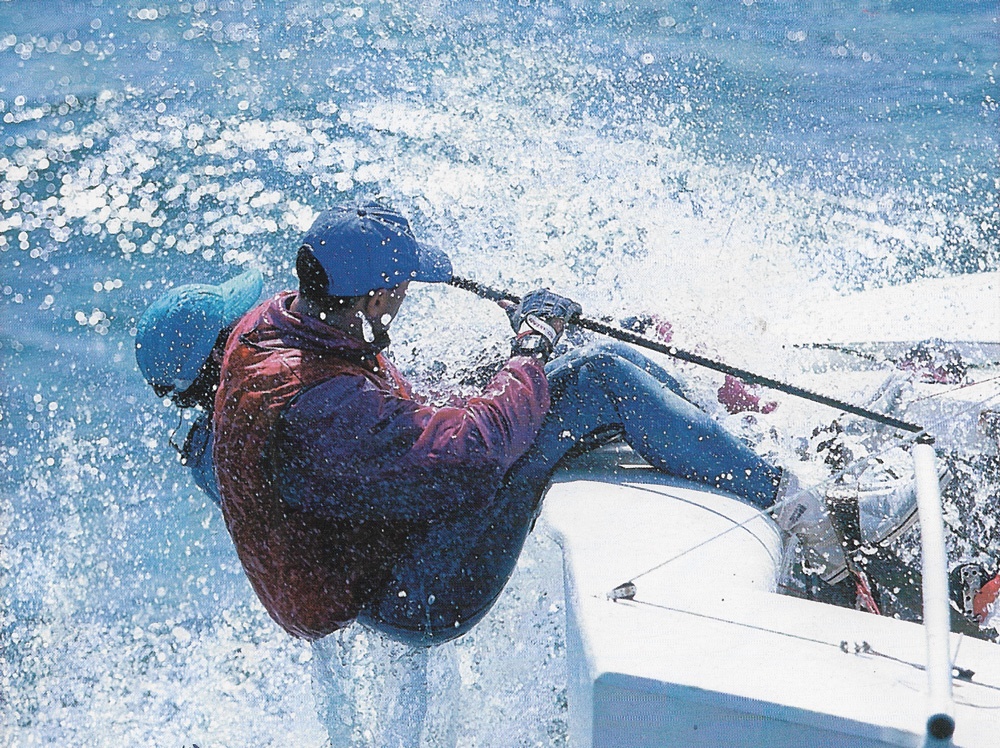 Writing about Ed felt way too personal. Both friend and mentor, Ed supervised the first few years of what I now call a “graduate degree in one design competition.” He introduced me to Snipes and several other classes, to efficient (some might say reckless) road trips, and to the endless pursuit of perfection. Through him, I first met many of the people I still consider close friends, almost thirty years later.

Writing about him also felt like an invasion. I know him better than most people do; asking for an interview seemed like taking advantage of our friendship.

What I finally realized was that Ed is a grownup; he could always say no. Instead, he surprised me by immediately saying yes. One long lunch with a recorder running, and the piece almost wrote itself. The hardest part was choosing which of his many great stories to cut out of the lengthy first draft (along with almost half the appearances of the word “intense”). A few weeks later, Dave received what would eventually appear as Fast Eddy and the Big Lie in the Nov/Dec 2017 issue of Sailing World.

Reminiscing on the page about a very special time in my life—my introduction to pro-level sailboat racing, which fourteen years later would earn me an Olympic berth—became a chance to show my admiration, to give readers a tiny taste of what makes Ed tick, and to remember the world before road rage. What would happen today to a driver who hops into the car ahead during a traffic jam on I-95, just to drive it through a particularly tight spot? (Viral video, arrest, gunfight?) Digging out such memories makes it blatantly obvious how different road trips are in the 21st century.

Fast Eddy and the Big Lie has received more compliments than any other piece I’ve ever written, which also provides a good lesson for the future: too personal gives a story special heft. So thanks to Ed, for subjecting himself to public scrutiny; your lessons continue. And thanks also to Dave, for valuing Ed’s story enough to keep asking the same question, again and again, until you finally got the answer you wanted.