At a recent Snipe regatta, Kim Couranz and I counted up the number of lines we each control. Her total? Sixteen (eight on port tack, eight on starboard). My total? 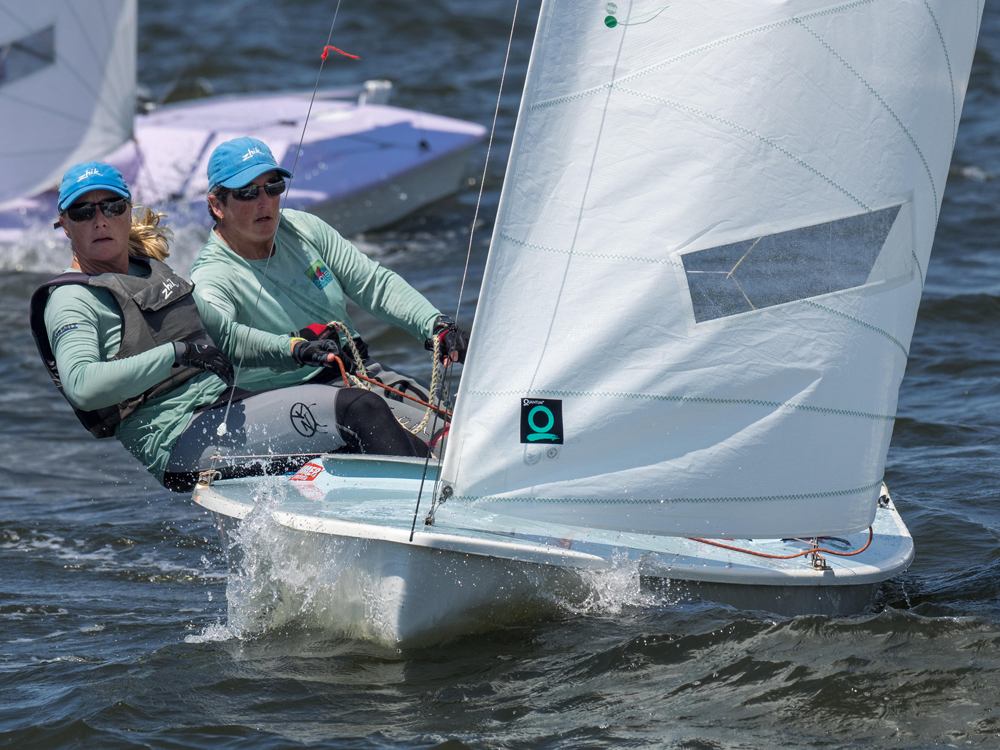 Giving Kim all the controls except the mainsheet allows me to concentrate on steering and trimming, without the distraction of the many other adjustments required to keep the boat going fast as wind and waves increase or decrease. Of course, that means I trust her completely. So why is it still so hard to listen to her excellent advice about what to do next on the race course?

I’ve been dodging the answer for years, because the truth is a dirty word: ego. Even as a former crew with attitude, I have trouble taking input from the front of the boat. Taking over the tiller gave me the same irrational belief in my own abilities that every skipper I’ve ever sailed with has. And that can wreak havoc with my listening skills.

The same applies to any team: at work, at home, at play. Being “in charge” imparts a sense of importance, and the less sure we are that we deserve to be in a position of authority, the harder it is to take input from the rest of the team. It was easier for me to learn the mechanics of steering than it was to truly believe I should be doing so. As one of my Olympic coaches told me more than a decade ago, to truly succeed at the world level I needed to “take on the mantle” of skippering. What he meant, I realize now, was that my ego hadn’t expanded enough to truly embrace that role.

It would be impossible to work up the courage to approach a crowded starting line or call for room while planing into the leeward mark without the basic belief that I can do this. Performing well requires confidence in our own abilities, and that stems from the same egotistical root as not-listening. We can’t excel without ego. The trick is to sip from that intoxicating nectar, because too big a gulp closes our ears.

The best teams make their best decisions after everyone weighs in. Yes, the idiot in control of the tiller gets to make the final call, but that doesn’t mean making that call alone.

Great teams don’t just happen. It takes a mysterious blend of ability, trust, and open communication, sprinkled with a dusting of ego, to create that magic—whether it’s at a salt-sprayed finish line, in a wood-paneled boardroom, or on the couch at home. No matter how many lines we each control, there’s a lot of great information coming in from our teammates. All we have to do is open our ears.

3 Replies to “Listen To Your Teammate(s)”