Last week at the Miami Boat Show, I won my first (and second) writing awards, as part of the Boating Writers International annual contest. The two stories were about topics very near and dear to my heart: Olympic sailing and stand up paddling (with kayaking thrown in for good measure/comparison). And both are great examples of “stories with heart,” the ones that get those many extra hours of editing, the careful word choices, and (maybe most importantly of all), a lot of late night/early morning woolgathering, long after the first draft has been completed. 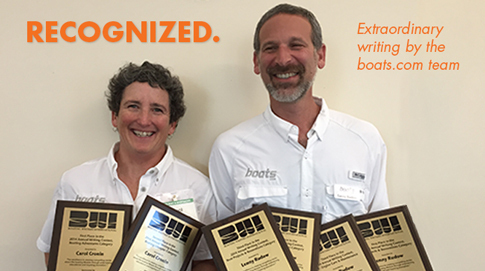 Read about Simple Boating: Which is More Fun, Kayak or SUP?

These awards both came with a cash prize, but long after that money is spent I will still remember the honor of being recognized by my writing peers for two jobs well done.

Read the announcement on boats.com: Recognized. Extraordinary Writing by the boats.com Team

To see what other writers won (including Lenny), read the Boating Writers International press release.

One Reply to “My First Two Writing Awards”