As a reader, I really appreciate it when another author includes just the right physical detail about a character. Ideally it communicates something about personality as well as describing how he or she looks. In the most memorable books, it might even predict the character’s place in the story—though I might only realize that after finishing the book. 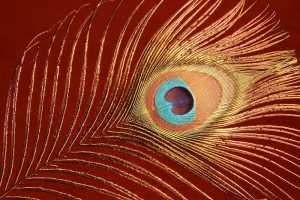 There are plenty of clichés that do the job quickly but not at all memorably: dark-haired characters are often the villains, while the heroes and heroines are blond. The trick to memorable writing is to find something more unique that will still help reinforce a particular personality.

As a seat-of-the-pants writer, I usually know what my characters look like long before I figure out their role in the story (just like the people we meet in real life). But somehow, most of my characters’ physical traits turn out to be excellent indicators of their personalities. It makes me wonder if my characters arrive already knowing their place in the world I created, long before I’ve figured it out myself.

My least favorite character, Lloyd, is a perfect example. He strode into the first chapter of the new book awkward and tall, with a scab on the top of his balding head. I already knew I didn’t like him, but I didn’t yet know why—or why he needed to be included at all. As soon as I figured out how he’d gotten that scab, his role began to fall into place.

And then there are the traits that do their work a little too well, like the tail wagging the dog. When a girl named Feather first walked into the island’s only coffee shop, she seemed as wispy as her name. So to keep her from blowing away, I gave her a thick brown braid running down the middle of her back. Then she surprised me by rudely asking for a job and a place to live; now she’s insinuated herself quite firmly into the story. That heavy hair did its job even better than expected.

One thing that constantly amazes me about this process is how well such details stay attached to their characters. Three years after Lloyd first showed up, I described his scab again. When I referred back to his original appearance, to make sure the updated description hadn’t contradicted anything, I realized I’d used exactly the same words.

These island characters are stubborn folk, so it’s a good thing their physical traits usually match their personality. As I wrote back in 2011, when I was first getting to know all of them myself, “These characters are not really unformed; they are just as yet unknown to me.”