Now just for the record, it’s important to make one thing perfectly clear: I’m not a parent. I can’t remember the last time I changed a diaper. And I’ve never had to decide how much freedom to give a teenager, or when to take away the keys to the family car. 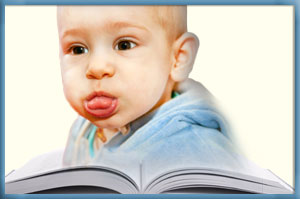 So you may decide I’m not qualified to write this post. Because I’m about to compare writing novels to rearing children.

Recently I started a new-from-scratch book. New characters, new issues, even a whole new island to explore. I’m listening as these newcomers talk, with only a vague idea of how they relate to each other or how they will impact the story.

Many authors know these basic traits before they start writing. The very first entry in the Scrivener character description template (right after the name) is “Role in Story,” even before “occupation” —which is how most folks living in what we call the real world orient themselves.

Obviously that template was designed by an outliner.

With many of these new characters, I have to just leave that section blank. I don’t know most of them well enough yet to figure out how they will interact with this new rock I built under them, or what impact their personalities will have on their world.

Suddenly I’m bottle-feeding these characters of mine, watching them react to a change in the light or another person entering the room. Laughing at the first words, the gestures that were somehow already familiar even before I wrote them down for the first time. Best of all, now that I’ve given up trying to write a perfect book as a first draft, I’m really enjoying this stage too. Getting to know these new not-quite-people is FUN!

I tried outlining, honest I did. Thinking I could take a shortcut to character development. And then when I sat down to write, those characters (who looked so good on paper) refused to talk. Or worse, decided to veer off into the unknown again. So I’ve gone back to my old inefficient methods: listening to them speak, and then following them almost anywhere they choose to go.

Now having a needy baby (or actually, a whole town full of babies) in the house is a major change of lifestyle. And since I haven’t started anything so completely new in over five years, it’s even more of a shock. Oliver’s Surprise, Cape Cod Surprise, and Game of Sails have all been sent out into the world to fend for themselves, and they are all doing just fine. Game of Sails did come back a few weeks ago to ask for a print version, and all three books will likely be on my health insurance for as long as the government allows… but the characters are all grown up. I know them better than some members of my actual family, know their habits and their mannerisms and—most importantly—their Role in Story.

They in turn know who serves the best coffee in their towns, who’s honest and who’s not, who to turn to in a crisis. Most are even on a first name basis with the local post office staff—and not because their pictures are on the wall.

Best of all, that pesky editing that turns a toddling first draft into a running, leaping, minivan-driving teenaged real story is already behind us.

Like any new parent, I’m both excited and exhausted by the prospect of raising all these new characters. I’ll try to have some say in their development, but I can already tell: they’re stubborn, all of them. These characters are not really unformed, they are just as yet unknown to me. As Michael Haskins recently wrote in Who’s Writing this Story?, “It happened without my doing it. The character popped out with something from earlier in the book. Something I never gave a thought to, until I looked for an ending.”

I can’t wait to give each one the keys to the family car.