I’m about to make a big decision: Whether to rename my main character or leave him be.

Thanks to Scrivener’s global Find/Replace, the mechanics of a novel-wide name change are easy. It’s the psychological aspects of the choice that are difficult. How can I let go of a name that helped me get to know this guy? It’s distinctive, and it belongs to him. 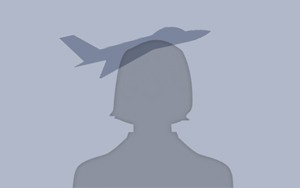 But for the past several months, I’ve been thinking that this particular name is also confusing on the page. And that means the book would be a better read if I renamed him.

I’ve made this decision before; the female character in Game of Sails went through at least one global find/replace before she settled in as Casey Morgan. We survived it, and it didn’t seem to bother her one bit. And yet even that history doesn’t make this current choice any easier.

My characters usually develop their traits on their own as I get to know them, but the naming process happens so early in our acquaintance that it is normally both conscious and somewhat arbitrary. This character, however, arrived with his name already firmly in place. I didn’t even like it at first, but it had served him well for forty years by the time we met. Who was I to arbitrarily change it, just because he showed up in my book?

So I kept him as is. And now that his story journey is complete, all that remains is to flesh out the details that add to that journey—and eliminate the ones that are confusing. Unfortunately, his birth name falls into the latter category in several scenes, because it is both too obscure and too easily mistaken for a similarly spelled object.

Common names do their work without requiring any extra parsing by the reader. When we read the sentence “Jane flew out the door,” we automatically picture a person. If our main character was called “Jet,” however, we’d probably have to reread that sentence a few times—especially if the story took place at an airport. (And why would a heroine be named Jet anywhere else?)

In real life, obscure names intrigue me. On the page, though, I’m beginning to understand the value of plain-jane vanilla. Changing this character’s name to something more familiar will lessen the reader’s distraction. And with so many other details to communicate about this world I’ve created, why make the reader’s life any more challenging?

Yesterday I came up with an alternative name, and over time it may even fit him as well as the original. But even though I know it will be good for the book, it also seems quite drastic. In my head, the letters on that birth certificate were inked in forty years ago. My character is not trying to escape some dirty family secret or start a new life; he was just born with an obscure name. It’s not his fault my readers won’t find it familiar.

I purposely haven’t asked for your help in making such a difficult naming choice; by the time you read this, I will have already made my decision. But I’m still curious to hear your thoughts about name choices in novels. Would Jane still be Jane if we did a global copy/replace to, say, Jet—and left all her other details the same?

5 Replies to “Character Names: The Choice”