A few months ago I wrote about character names, and I’ve also discussed the importance of matching physical traits to personality. Today I want to talk about something a little harder to quantify: How is that characters maintain their consistency in my imagination, even down to the smallest quirks? 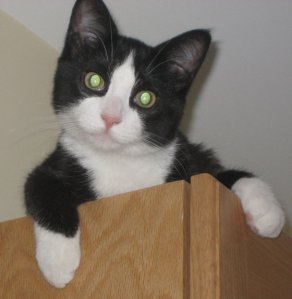 Devil’s in the details

When I start writing about a new character, I try to stay out of the way and let them “appear” on the big screen between my ears. I don’t try to force descriptions about eye color or height, or what she does with her hands when she’s waiting in line for a latte, but usually one detail will pop up that just seems right. (That detail often turns out to be key to the character’s story in some way, though I usually don’t figure that out right away.)

Then I get distracted by another part of the story, and move on to another character. I might even have to leave the writing altogether for a few weeks, as more pressing projects require my attention.

Whenever I find my way back to her, those key details remain intact. Her eyes are still blue green, and she still balls her fists up in her jacket pockets until she can warm her hands around that steaming latte. Descriptions written weeks apart are often surprisingly similar—sometimes word for word.

As age makes me more and more forgetful of the details in my real world, the way these fictional details stick to my brain surprises me even more. Obviously they are stored in the language section of my brain, rather than the sieve-like department that is supposed to retain numbers and other hard “data.”

The balled-up fists of an imaginary friend shouldn’t be more important than real numerical facts. But since I can picture these people in my head quite clearly long before they make it onto the page, my brain can retrieve the details. And that makes writing consistent characters a whole lot easier.