One of my college professors started off the first class of the semester with a five minute overview of “What She Wants.” Despite her air quotes, it wasn’t until the third repetition of the phrase that I figured out she was making a joke at her own expense, while also acknowledging a basic fact: each professor wants something a little bit different, and part of a good grade is figuring out how to deliver it. 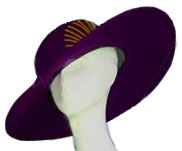 Thirty-plus years later, I find myself yet again pondering “What She Wants,” this time for the literary agents I’m approaching to find a publishing home for Island Shell Game. Most agents are female, and (like college professors) each is looking for something a little different in a query letter (the one page sales pitch that entices an agent to read more). One agent specified on her website exactly what should be included in each paragraph. Another must’ve spent almost as much time creating and polishing her wish list as I did writing and editing an entire novel. At the opposite end of the spectrum are the agents who use stock industry language to describe the books they represent; presumably they are too busy making deals to waste any time on personalization.

Though no one has offered me representation yet, I have received several requests for the full manuscript—a large compliment, considering how much of a reading time commitment that is. Two of these agents have already told me, regretfully, that they just “don’t love it enough.” I’m still waiting to hear from the others, which requires quite a bit of patience as I’m not the only one in their queue.

Friends who have dated online say it all sounds quite familiar, which makes sense; I’m trying to find someone to fall in love with my book. And whether a particular agent will tumble head over heels depends on more variables than how she finishes “I’d like the next ______.” She might be having a bad day. Maybe a story about a ferry captain on a small island story doesn’t seem timely enough. Or maybe she just hates em dashes. The number of writers querying is much, much greater than the number of available publishing slots, so agents can afford to wait for that special book to tap them on the shoulder and say, “I’m the one!”

Thirty years ago, I didn’t realize that “What She Wants” was so subjective—even after my college prof tried to air-quote exactly that point to a classroom full of sleepy sophomores. Now I understand that the process is not the point, but I still have to send each agent exactly what she asks for; to do otherwise is to hand-deliver an excuse to say “no.” So I jump through their hoops, and then I move on to the next. Because there’s always another agent profile to read, and that next one might just fall in love.

2 Replies to “What She Wants: Agent Search Update”