Four years ago, just before London 2012 began, Game of Sails had its debut on the world stage of books. And now, to celebrate the opening ceremonies of Rio 2016, the ebook is on sale for $2.99. 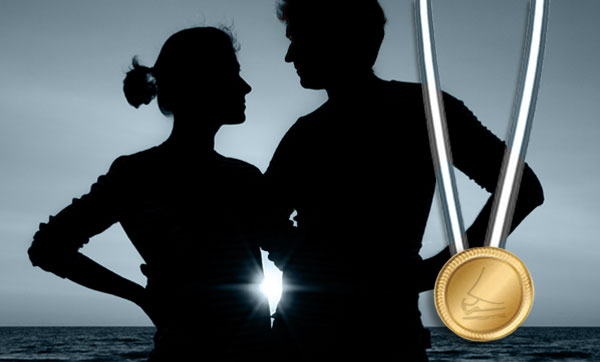 Although readers today probably assume the story grew out of the 2004 Olympics, this novel’s first draft actually dates back to 1994. My goal was to capture the nomadic lifestyles of sailing’s Olympic hopefuls—or rather, of two fictional opposites with the same Olympic dream. Casey has a single-minded determination to make it to the Olympics, by working harder than anyone else. Spencer wants to go to the Games too, but he’s counting on a speed edge.

Back in the early 90s, either approach could win the US Trials. (And based on the successful 1992 Games, any American sailor who won the Trials automatically became a medal favorite.)

Today, the Casey philosophy (work harder than anyone else) dominates the world of Olympic sailing. Athletes with Spencer’s more casual approach, on the other hand, have hung up their Olympic dreams. It’s no longer realistic to plan on winning the US Trials just by showing up in Miami to escape the New England winter—even as a very successful college skipper with a custom sail design.

In the full-time world of 21st century Olympic sailing, Spencer would probably be hired on as a highly paid consultant—maybe even by Casey. He just doesn’t like training that much, especially once it becomes a job.

Olympic sailing isn’t the only thing that’s changed since 1994. Twenty years ago, the only path to getting a book published was to find an agent and then sell the rights to a publisher. Even if that first draft had been ready for prime time, Game of Sails would’ve been a hard sell—especially a decade before its author ever dreamed of becoming an Olympian. Fortunately, today’s authors can choose when to debut a book—and can also put it on sale to mark special occasions. It was a long road, with more drafts than I like to think about, but I’m glad I waited until 2012 to send this Olympic love story out into the world.

And I’m also glad I didn’t wait any longer. 2016 athletes will probably find Spencer (or even Casey) rather old-fashioned in their part-time approach to campaigning, so it seemed important to capture the end of the amateur era in Olympic sailing—if only to appreciate how far we’ve come since then.

Much as things have changed both in publishing and Olympic sailing, some of their traits are quite timeless. To publish a good book, you still need to start with a good story. For a successful Olympic campaign, you still need a burning desire to stand on that podium. And both, it turns out, can be their own reward—even for those of us who didn’t bring home a medal and still wait to see our books on a bestseller list.

Good luck to all 2016 Olympians! And if you need a distracting read in Rio, email me—I’ll send you a code for a free download.

Read more about the story behind Game of Sails. You may also enjoy the stories behind my other two books, Oliver’s Surprise and Cape Cod Surprise.