This post originally published in July 2012, about three lifetimes ago by social media standards. And yet most of its information still holds true. As part of my republishing plan after killing the first generation of this blog, I’ve updated it for 2016.

It seems like the more communication alternatives we add, the more ways we find ourselves mis-communicating. With so many sites, phones, and email accounts to check, sometimes I find myself wishing we were all still writing letters to each other.

And then I remember how many people I interact with on a given day, all without leaving my desk—and I wonder how we ever made plans, met people, or found out what was happening out in the real world, back in the dark ages before wireless, mobile phones, and social media. 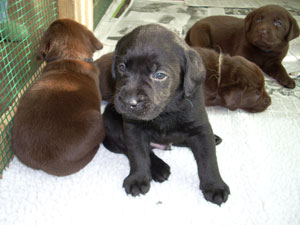 In 2009, I set up this blog and registered for Twitter, LinkedIn, and Facebook. I was excited to try out all of the big three new forms of communication, but I didn’t really understand how each would fit (or not fit) into my daily routine. Now after  seven years, I can tell you what works best for me.

1. Blogging: I’ve settled on once a week as a barely manageable schedule for posting new content. Having the link right in my email signature (thanks to WiseStamp) is a great way to promote my blog, but it also reminds me (when I see a return email) if the latest post is getting stale. That’s always good incentive to come up with a new topic.

I enjoy blogging because it’s a chance to delve into whatever seems most important to me at the moment—while hopefully remaining relevant to other writers and sailors. To those of you who have subscribed, left comments, or just plain enjoyed these weekly posts, thank you!

2. Facebook: I use Facebook for both pleasure and business, and it’s harder and harder to separate the two into distinct buckets. Pleasure includes maintaining impersonal but still satisfying “relationships” with people I’ve never met, reconnecting with people I haven’t seen in a few decades, or staying up to date with a friend I just saw last week. Business includes promoting book signings, new books, and blog posts. (Wave if you’re reading this after finding it via Facebook.)

Facebook has definitely evolved in the past  six years, which is why we’re all still using it. It’s easy to share photos and video, and most people include enough text to say something meaningful. And it’s also easy to breeze through the experiences of 250 people in about ten minutes.

2016 UPDATE: Over the past four years, it’s become harder and harder to see a wide range of friends’ feeds, as those we interact with the most get prioritized by the bots. That means that Facebook friends who post as rarely as I do have mostly faded from view. And as the variety of perspectives I see is reduced, the more my feed becomes dominated by those who publish more often. I now know way too much about the lives of way too few of these friends, so I’ve learned to skim through my feed even faster than I did four years ago.

3. Twitter: Only a few months after setting up my account I was already being described as a “tepid tweeter.” For the past few months I’ve been checking it about once a week, though I do get an email if anyone mentions @cansail. Twitter is a great source of up to the minute information, and sometimes I feel like I know who won a regatta before the sailors do. But on a daily basis, I’ve let it drop off my “must check” routine.

2016 UPDATE: I go on Twitter rarely, usually when someone retweets something from @cansail, which is set up to automatically post my weekly blogs. And once in awhile I will check there for up to the moment regatta updates.

4. LinkedIn: I never really warmed up to LinkedIn; it always seemed rather impersonal. I delete any requests to connect there, and though my contact information is listed I never go to the site. Who knows, maybe my new best friend is waiting there for me… two people, separated by the irrational social media choices we all make.

2016 UPDATE: Only thing to add is that I’ve considered deleting my acccount, for security reasons. So far, I haven’t bothered.

5. Google+: I have a Google+ account, and I keep thinking we should all move there since it has a lot of nice features. So far, only a few friends have set up accounts there—and all of them have some sort of promotional reason to do so. I’m sure this will become more popular as Google figures out how to better promote it.

2016 UPDATE: In spite of all predictions to the contrary, Google has finally given up on this platform. I feel badly for anyone who embraced it too eagerly, thinking (as I did) that such an internet powerhouse would eventually figure out a way to make us all move there.

6. Other People’s Blogs: There’s a lot of great information out there, and I don’t tend to websurf on a regular basis. So if I see a blog I like, I subscribe (if possible). That way the info will come to me any time there’s a new post. I’ll include some of my favorites in a later post.

We’ve all matured together. No one can cover every aspect of social media, so I’ve chosen the ones that I enjoy the most and let the other ones go.

How’s your social media maturation going, and what do you think I’m missing in this list? Let me know via the comments below.