Home »Books»Review»Balancing Between The Fulcrum Files and Real Life

I love it because the story takes me places I could never go otherwise… like back to 1936, on England’s south coast. I hate it because losing myself in fiction makes it hard to be present in my real world—and usually keeps me up way too late. In the case of Mark Chisnell’s latest thriller, The Fulcrum Files, the story stuck with me long after I finished the last page. I kept wondering what the characters were doing now, which other readers will recognize not as a sign of insanity but as the mental residue of getting lost in a great story. 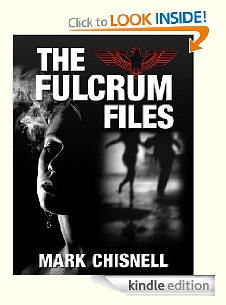 The book centers around Ben Clayton, an unlikely hero who’s given up success in the boxing ring to become an engineer. When a friend and fellow worker is killed in a suspicious accident, Ben is drawn into an international maelstrom that the reader knows will eventually erupt into World War II. Most of the characters are in denial about the threat of another war, since they are still exhausted by the last one. The reader’s knowledge adds another level of tension—and realism—to the story.

The best historical fiction overlays a small world story onto real life events. It’s easy to imagine Ben and his long time girlfriend Lucy making their way along the Hamble waterfront, and equally easy to imagine Ben getting talked into a trip to Germany with the sleek and fancy Anna. So easy that I continued to picture scenes in my head, long after I’d finished reading.

Chisnell is a sailor, but this book requires no boating knowledge of any sort. Waterfront scenes will be easily understood, even by those who don’t care to know the difference between “bow” and “stern.”

The one thing that distracted me from the story (maybe because my European History degree is a few decades old) was the difficulty I had keeping track of everyone’s loyalties. But that also plays into the multi-layered mystery of this book; no one is quite who he or she seems to be—except our main character. Ben Clayton grounds this book with a gritty straightforward honor, and even though he seems to get himself into trouble a bit more often than he should, he never lets the reader down.

Anyone who likes thrillers, historical fiction, or The Riddle of the Sands will enjoy this book. Do yourself a favor and find a way to balance real life with The Fulcrum Files; you won’t regret it.