I’ve been on a lot of airplanes since Game of Sails first came out in early July, traveling for both work and sailing. And on most of those flights, my seat companion has pulled out a Kindle or a Nook as soon as we were above 10,000 feet.

“Like your ereader?” I ask. (I have trouble telling the difference between the brands.)

“I love it,” the seat mate gushes. And that simple exchange usually leads to a great discussion about favorite books, authors, and the joys and trials of ereaders (so easy and nondescript to carry, so frustrating to turn off in the middle of a chapter for take off and landing). 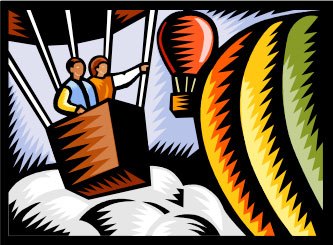 Almost always, this conversation gives me an opening to pull out my best ebook sales tool: a business card with the cover graphic on one side and a QR code on the other that leads directly to the Amazon and Nook download pages for Game of Sails.

“I’ll buy it as soon as we land!” is the most common response.

Now none of these folks are sailors, though many have a passing interest in the sea. So why (frankly) would they be eager to buy an Olympic love story about sailing from someone they happened to meet on an airplane?

The reason is that at $2.99 (with a free preview), there’s no need for anyone to think twice about checking out my latest book. And the business card makes it easy for an airplane companion to remember my name (and the book’s name) after we part ways.

Another reason it’s easy to sell ebooks while traveling is that an ereader weighs the same no matter how many books it includes. I have not (yet) sold a hard copy of Oliver’s Surprise or Cape Cod Surprise on an airplane—although I’ve given out quite a few bookmarks. Nobody on a plane wants one more thing to carry—even a thin paperback. And $9.95 may be a great price for an entertaining read, but it’s above the impulse buying limit for most people seated in coach.

What I’m learning is that there is no one right way to promote an ebook. As DE Karlson recently tweeted, “There are 3 rules to successfully sell e-books, unfortunately no one knows what they are.”

So until someone figures out those rules, I’m gonna keep handing out my business cards. Even if my next seat mate doesn’t buy my book, at least our conversation will make the flight go by quicker.

This post first appeared on Write on the Water, a site for those who want to “quit your job, move onto a boat, and write.” And I wrote the first draft on an airplane.