A few weeks ago, I said “yes” when someone invited me for a Wednesday morning boat ride, even though the obvious way to finish my next book was (as the famous quote goes) to “apply the seat of my pants to the seat of the chair and write.” And I hadn’t been aboard for five minutes before I was rewarded for this irresponsible behavior, by learning something quite important—something that had nothing whatsoever to do with boats.

The book has a large cast of characters who have a variety of interests and skills. One of them is a retired art dealer whose savings have run out; in order to support herself, she has secretly turned to forging other people’s work. Now, I don’t know anything about how someone would begin forging important pieces of artwork, so that’s been on my research list for quite awhile—but I didn’t even really know where to begin. Imagine my surprise when the starting point turned out to be on board a 1928 Oyster Buy Boat. 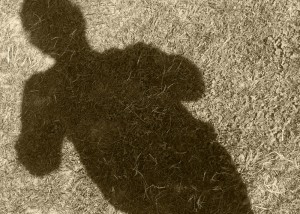 We hadn’t even left the dock when the owner proudly showed me a painting over the dining table. It had been copied from a postcard of the original, he said. “Wow—how did they do that?” I asked. (If I were a drug-sniffing dog, my nose would’ve started to twitch.) “Giclée,” he replied, quite off-handedly. “How do you spell that?” I asked. He just shrugged, but already my writer’s brain was putting together the letters; apparently, I’d heard the word before. And now I’d been reminded of it, quite unintentionally, by a new acquaintance, just when I needed this information—all because I got my seat out of its chair and onto his boat.

Now I don’t meant to imply that his copy is a forgery; copying is fine as long as you don’t try to pass it off as someone else’s original. The process is what I’m interested in, even though I haven’t yet determined if it’s the technique my character used.

It wasn’t the first time I’ve been rewarded for playing hooky, and hopefully it won’t be the last. Tying together the seemingly unrelated details I pick up on such adventures is one of the greatest joys of being an author. When we’re open to receiving new experiences and information, the world is full of quiet coincidence.

Last spring, I went quite deliberately to Oxford, MD, to learn more about another character in the book.  On one of my morning walks, I spied an oyster shell on the beach that has since turned out to be so significant to the story, it will probably figure in the title. No trip to Oxford, no shell—and I’d probably be writing a very different book.

My imagination is capable of large leaps when my seat is applied to its chair, but it needs the spark of actual experience to truly set it free. By adding in the details that can only be discovered while playing hooky away from my desk, I am much more likely to create a work of fiction that seem like it actually takes place out there, in the real world.

2 Replies to “Rewarded for Playing Hooky”