Last week I wrote about the confusion of publishing options available to 21st century authors. This week I want to confront head on a reality of any publishing effort: it requires more patience than most authors possess. 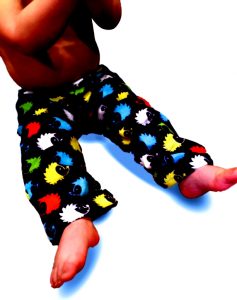 One of the undeniable lures of self-publishing is the idea of getting a book out to readers as soon as it’s “finished.” Here’s the problem: I always think a book is “finished” before it’s quite the best it could possibly be. Once the basic plot structure is on the page, and most of the unnecessary details have been weeded out, I figure it’s ready for my first reader and a few select others. I’m excited to share the world I’ve created, and I also want to make sure there aren’t any big plotholes.

Most of those readers jump up and down with excitement and say, “It’s GREAT! When will it be published?” One or two say “it’s good, and here’s how it could be even better.” Only after hearing that feedback can I begin the second and third round of edits, which is what will refine it into something capable of standing up and shouting, “read me!”

Oliver’s Surprise probably would not be part of school curricula ten years after it first came out if Laurie hadn’t broken her leg and slowed down the publishing process. For the new book, I’ve been fortunate to work with an editor who has pointed out so many possible improvements that I’m eager to dive into another round of edits. And that will take more time than I think, because one improvement begets another, and then another… leading to a better story, but also to a lot of hours at the keyboard, long after I thought it was “finished.”

Meanwhile, I’ve been talking with a few book publicists who’ve pointed out that it takes several months to properly launch a book. That reality put an end to my original fantasy of having books out for the 2017 holiday shopping season. For once, both editing and marketing signs point in the same direction: slow down, and don’t make “soon” a higher priority than “great.”

I’m really excited about this book, partly because it has a much wider potential audience than my previous books. It isn’t “just” a story that will appeal to sailors, or a young adult historical fantasy with local appeal. It’s a literary novel about the battle for an island’s future. And only by taking the time to make it really, really good will it draw in those undecided readers who don’t (yet) know me.

Ten years from now, it won’t matter how long it takes to complete; it will only matter if the story is still attracting an audience. So I’m putting on my patience pants, one leg at a time—and asking you to do the same.

And now (if only to see who’s made it all the way through this post), I’ll leave you with some eternal fashion advice from an old acquaintance: “Stick with me, kid—you’ll be farting through silk.”

4 Replies to “Putting on My Publishing Patience Pants”