This starts out as a rant, but there is a moral… so please bear with me.

Last week, I left Providence Sunday afternoon to fly to Seattle. Before I’d even arrived at the airport, I learned that the first flight to Detroit would be delayed enough that I would likely miss my connection—in spite of perfectly clear weather. (Turns out it was a mechanical issue.) At the ticket counter, after talking through various alternate plans, I decided to go on to Detroit, knowing I would probably get stuck there overnight. But when I pulled my bag off the scale to grab pajamas, toothbrush, and other key items out of it, the customer service agent waved me off.

“Don’t worry,” he assured me. “You’ll be able to get your bag in Detroit.”

“And,” he added with a wink, “I’ve upgraded you to first class for tomorrow’s flight to Seattle.”

(One of those statements turned out to be true.)

An hour later, still in Providence, I was told by the gate agent that I would definitely miss my connection. He saw I’d already been scheduled on the morning flight, then said, “When you get to Detroit, you can claim your bag. What color is it?” So I got on the first flight, which departed almost 2 hours late for a 1.5 hour flight, mentally prepared for a night in a Detroit hotel—courtesy of Delta Airlines.

Thanks to a tailwind, I only missed my connection by minutes. But their predictions had been correct, so I dutifully collected my hotel voucher and headed for the baggage carousel.

After a half hour of waiting, I went back to the customer service desk to ask where my bag had ended up. “It’s through-checked,” the agent explained, glancing furtively over her shoulder, which made me wonder if it was just the other side of the wall. “You can’t get it back tonight.” She shook her head. “I don’t know why one of our agents would’ve told you otherwise.” Two of their agents, actually.

And then she brightened. “Would you like an overnight kit?”

Turns out, Delta has premade overnight kits that include a toothbrush, deodorant, shaving cream and a razor, and—yes—a Delta “Sky Team” tshirt suitable for sleepwear. And it only took her 15 minutes to deliver it, by which time I’d missed the next hotel shuttle. Which led to another 20 minute wait.

On the shuttle, the driver greeted us all with, “Delta cancelling flights again?” The veterans sighed and rolled their eyes. Apparently maintenance delays, overbooking, and late flights have escalated to legendary status in the past few months.

(Psst, that’s the end of the rant. And thanks, I feel better now.) So here’s the bigger picture question: How many of us put energy into workarounds (like overnight kits) because we can’t solve the bigger problems (like maintenance delays, miscommunication about baggage, and missed connections)?

Answer: All of us.

I’m sure that from Delta’s point of view, their real problems look too big to solve. So their eager customer service agents come up with fixes they can make themselves. We know we’re having a lot of mechanical issues, which is leading to late flights and missed connections, so how can we make it better for all those customers who’ll be stuck in a hotel overnight without luggage? I know! Let’s put together a little bag of what they might need to get through, so at least they won’t face the morning with furry teeth. (Though thanks to the disorganization in our customer service area, they might have to wait to receive it.)

And while I appreciated the spare toothbrush and the clean T-shirt, it still wasn’t nearly as good a customer experience as either making my original flight (the ideal solution) or regaining control of my own bag (as I’d been promised by two separate agents).

So the moral of this story/rant is this: we should put our energy into solving the big problems. And even when we can’t fix something, we should only promise what we can actually deliver, no matter how much we want to tell the customer standing in front of us that she will sleep in her own pjs.

And whatever we do, we should never, ever treat our workarounds like they’re a real substitute for solving the real problem. Or make anyone wait around for them.

(Though I have to admit, first class was pretty nice.) 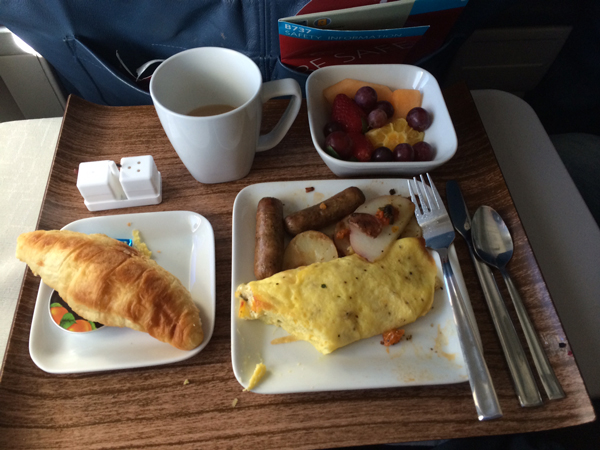