Starting anything (novel, love affair, home improvement, even this blog post) requires a leap of faith. 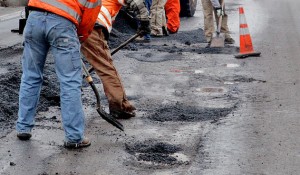 In between? That’s where the new book and I are now. For the past two months, I’ve been filling plot-holes, moving detail to the right place, and eliminating anything that doesn’t move the story forward. Six years ago I wrote, “Now I remember why there are always passages in my first drafts where nothing really happens; it’s because sometimes the only way to find out what happens next is to keep typing.” (Read more.) Once the next step becomes clear, those “nothing really happens” sections have to go.

This stage of the process requires constant leaps of discipline. I have to keep jumping ahead of where I am, still listening to my characters but also reining them in if they wander too far off-script. These leaps vary in size and scope—though none will be as hard or as big as that first giant and terrifying leap of faith that got the ball rolling in the first place. And all require belief that this work is valid, and that it will be important to my readers—not just to me.

Belief in the work itself is especially important when the world I’ve created doesn’t yet exist for anyone else. When the ideas are flowing fast and the plot-holes are almost filling themselves, this belief is standing right beside me, handing over the shovel. But the only way I get ideas to flow is through the discipline of writing every day—even on days when those plot-holes seem large enough to swallow me whole. It’s a vicious circle; faith is the only way to get started, discipline is the only way to finish, and along the way I need the right combination of both.

When I write stories with school kids, I try to help them visualize the arc of our story by having them choose two harbors on a chart, and then moving a model boat from one to the other each time we come up with a plot point. There’s nobody helping me find the harbor at the end of this story, except my characters—and they are almost as likely to jackhammer a fresh plot-hole as they are to steer me toward the finish line. Leaps of discipline are the only way to muscle through this stage, the only way to connect what is already on the page to what will, hopefully, seem like the only logical conclusion.

Faith isn’t the only thing that makes leaps into the unknown possible; discipline, it turns out, can leap too. And if I keep making the effort, we’ll all end up driving down a straight smooth road, right to the end of the story.