Home »Writing»Blogging 101: A Look Back at Where Books Meet Boats

When I first started this blog in 2009, I didn’t have any fixed goals. All I knew was that I’d discovered some cool commonalities between success as a competitive sailor and becoming a published author, and I wanted to share my thoughts. So I named the blog “Where Books Meet Boats” and started posting.

To celebrate post #101, I took a tiptoe back through the archives to discover some unexpected themes. Below are some key excerpts; hopefully you enjoy this taste of what has gone before. 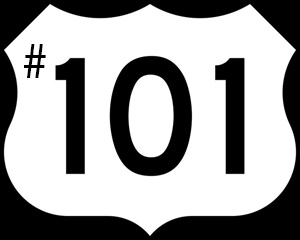 “I enjoy blogging, or I wouldn’t do it. After all, as an editor-friend says, “What’s the point of writing for free?” My answer (and I won’t pretend it’s anything other than a justification): it’s creatively satisfying. It gives me the chance to share my thoughts and views with others, worried only about communicating an idea and not whether that idea will sell.”
Writing for Free: Why I Blog

“I enjoy blogging because it’s a chance to delve into whatever seems most important to me at the moment—while still trying to be relevant to other writers and sailors. To those of you who regularly read and comment on Where Books Meet Boats, thank you!”
Social Media Maturation

“And it didn’t feel so important to consciously celebrate a finite victory like winning a regatta. It’s so much more obvious that we achieved our goal when there is a printed scoreline of firsts (what we sailors call “bullets”). But authors have no such scoreline; instead we single out the good reviews and positive feedback, building a moat around our egos to protect against the less pleasant comments. There are always more books that could be sold, more readers that could be touched, more Amazon reviews that could be written.”
She Shoots, She Scores: Goal!

“Boats (especially old boats) inspire thoughts about our past at a time when we are all too caught up in the present and future. I never would’ve written Oliver’s Surprise if we hadn’t added Matsya to the family, but I certainly couldn’t foresee her purchase leading to my first published fiction. Following dreams is never wrong, even if we can’t see where they will lead.”
The Range of Sailing

“Thursday night will be a great chance to introduce my sailing world to my writing world, since both will be well represented. Literary Guerillas, meet Frostbiters and Snipe sailors! If you are struggling for a common language, remember you have one verb in common (“To Launch”).”
On the Ways with Cape Cod Surprise

“In less than a week, I traveled from one end of the competitive spectrum to the other—all without setting foot in a boat with an engine. No matter what my psyche demands—solitude, heart-ripping competition, or something in between—I can find it on the water. So here’s another place where books meet boats—they each provide a seemingly endless variety of experience. I can escape for a day or a week, to a harbor down under or a heartland city. Best of all, I can travel light—my imagination will be all the baggage I need.”
From Australia to Chicago and Miami to Rhode Island: a week of variety in Books and Boats

“Several years ago, I wrote a story called “Reading the Shape of the Wind.” In it I described the different ways breeze fills across the water, as well as the best strategies for winning races in each condition. Recently, it’s occurred to me that there’s a shape to each story I write as well. Perhaps that’s because stories—like wind—have different causes. The heat of rising anger might cause a summer seabreeze of a tale. The pressure differential between two characters might bring on a gradient wind, the humidity level a sure indication of its direction: cool and dry—from the north; warm and damp—from the south.”
The Shape of a Story

At a recent school event, one kid popped his hand up and asked, “Which do you like better, sailing or writing?” I was stumped. Writing blog post #1 helped me sort out the right answer.

“On days when your instincts line up with the conditions, sailing is like shooting baskets with an invisible piece of shockcord tied to the ball – there’s no place it can go but in Writing is like shooting baskets with your eyes closed, surrounded by plate glass windows. Until you know where the story is going, you can’t make any decisions – you just have to keep writing and hope you don’t break anything.”
The Best Question a Fourth Grader Ever Asked Me

“It wasn’t until the third period that I connected the dots… and started throwing the question back at the kids. “How many ideas did we just come up with in twenty minutes?” I asked. “Lots,” they responded. “Hundreds.” “And how many of those ideas would you want to live with for long enough to write a real story?” An answer came immediately from one girl in the front row: “Three.” “So now you know,” I told them. “The ideas are the easy part.”
Ideas are the Easy Part: Teaching with Cape Cod Surprise

“Like any new parent, I’m both excited and exhausted by the prospect of raising all these new characters. I’ll try to have some say in their development, but I can already tell: they’re stubborn, all of them. These characters are not really unformed, they are just as yet unknown to me. As Michael Haskins recently wrote in Who’s Writing this Story?, “It happened without my doing it. The character popped out with something from earlier in the book. Something I never gave a thought to, until I looked for an ending.”
Story Parenting: Am I Raising my Characters, or are they Raising Me?

“I’ve spent the past two weeks away from my writing, and sometime during that break I came to a decision: no more plotting. No matter how efficient it might seem or what I call myself, outlining obviously doesn’t work for me.”
Labels, Float Plans and Writer’s Block

“The products of our imagination are most visible when looked at indirectly. It’s kind of like seeing in the dark; peripheral vision is the best way to see something that’s bubbling up out of nowhere. Direct focus (like direct sunlight) will often scare away an idea before it’s had a chance to solidify.”
Building a Counter to Better Writing

“Which is why it’s so hard to describe where I get my ideas. The best ones are the mad stepchildren of experience gathered haphazardly together on a page—sparked into distinction by something as ordinary as an October leaf blowing down the street. So the next time I get that question, “Where do you get your ideas?,” maybe I’ll say this: “My ideas come from the melting pot of my life, stirred by the spoon of an idea, spiced with the details that blow past me every day, and left to simmer for weeks and months until the real story bubbles to the top.” Or maybe I’ll just fall back on the safe answer: “My imagination.”
Stirring Stories from the Mental Melting Pot

“Here’s the blessing and the curse of imagination; it doesn’t listen to me. The best characters take over, forcing me to write scenes I never visualized as part of their story.”
Yes, Dear: Listening to my Characters

“What I’m learning is that there is no one right way to promote an ebook. As DE Karlson recently tweeted, “There are 3 rules to successfully sell e-books, unfortunately no one knows what they are.” Airplane Sales: Ebook Promotion

“Watching my blog post appear and reappear on several social media sites throughout the day served as a series of reminders: this is not a competition. For those of us used to measuring our success in racing terms (winning, on the podium, top ten, top half), it’s a big adjustment to realize that more books is more better. Yes, someone may put down my book in a store and choose another to buy instead, but if my book has done its job, that same buyer will be back to claim it on the next shopping adventure. The more we support each other, the better we all do. A rising tide of enthusiasm lifts all (sorry) authors.”
Writing: It’s not a Competition

“Which brings me up to last week, when Hank delivered the first printed copies—only a few months before the 2012 Games. “Careful, it’s heavy,” Hank warned, as I grabbed the last box from him.
Yes indeed—eighteen years of heavy.
Why it Took 18 Years to Write Game of Sails

“But no matter how well we get to know our online friends, shaking hands for the first time is still a bit spooky. Like meeting a long-lost cousin who has the same squint as your brother: eerily familiar, but somehow not quite right. The details are just slightly skewed, blurred, a copy of a copy—except that this is actually, finally, the three dimensional original.”
Face Time with Online Friends: Now Playing in 3D

“A few days later, Roberta invited me to join her for coffee with Randy Susan Meyers, another debut author. I made the hour and a half drive to Boston and we met at a coffee shop near Randy’s house, planning to chat for an hour or so. All of us had braced for disappointment, like a three-way blind date. There must’ve been something in the air that day (or an extra shot in our lattes). Two and a half hours later, Roberta looked at her watch and jumped up… she was late for an afternoon meeting, and we hadn’t yet solved all the problems of the publishing world! We agreed to meet again, as soon as possible.”
The Literary Guerillas: Authors Tackle Promotion, Together

“So it’s not just about the sailing—it’s about the people. Together we’ve turned year after year of shared regattas into another family, one that will help all of us master the next stages in life and sailing.”
The Family of Snipe

“When I think of family, my first thoughts are pretty standard: husband, parents, siblings, nieces and nephews, in-laws. But I’m a member of several other family trees as well. One of those is my family of Snipe.”
My Family of Snipe

Thanks to everyone who comments on my posts, whether here or in person or by email; your interest keeps me writing! Here’s to another 101 posts, which (at the current rate of production) we will celebrate sometime late in 2014.