Home »Communication»Over the River, with Gratitude

I was in first grade the year I learned the Thanksgiving song. Something about going “over the river” resonated in my young water-loving brain, or maybe it was the deliciously awkward structure of “to grandmother’s house we go.” We sang it in class. I sang it on the bus on the way home, and then again the next morning on the crisp walk back to the bus stop, puffing out white clouds of words. It was the perfect soundtrack for Thanksgiving week, the audio accompaniment to cutting out paper turkeys and gluing gold buckles onto pilgrim hats.

Since my family was indeed driving to my grandmother’s house that year, I decided that I would sing my new favorite song all the way there. At the best of times, it would be a five hour drive—and the day before Thanksgiving is not usually the best of times, at least on America’s highways.

In today’s world, our station wagon would have five humans and a dog lined up in white cartoon outlines on the rear window. As the youngest, I sat in the middle of the back, so no one was more than one seat away from me (except the dog, who was probably already asleep in the way back). With a transmission hump under my feet, a sibling on either side, and two parents in the front seats, we headed off on our pre-holiday drive—and I started to sing. 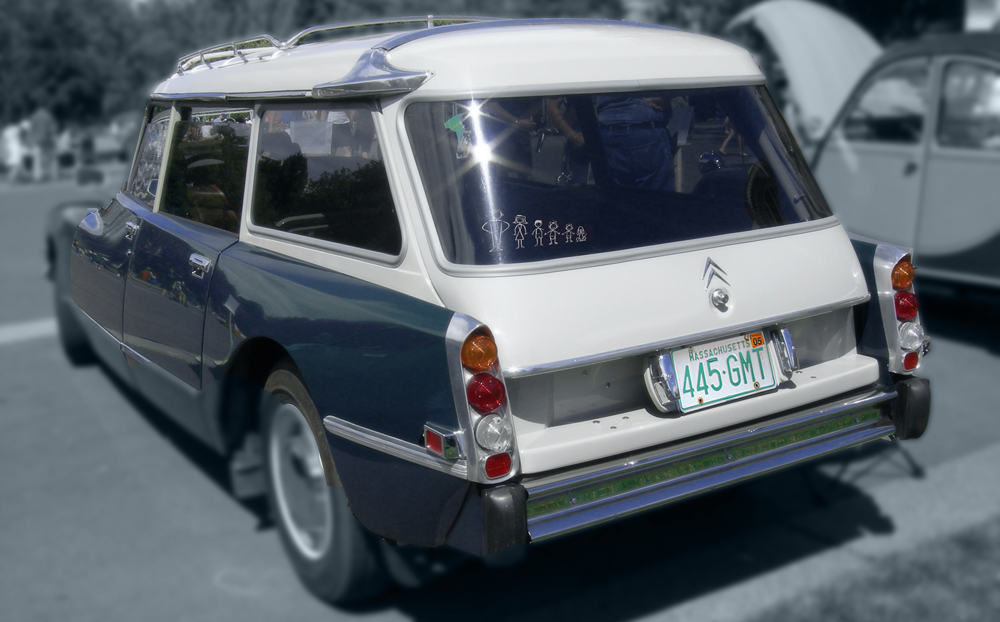 There was, of course, no car CD player (or Sirius radio) to override me, and no one could pop in earbuds to make a private escape. They were stuck with me as the entertainment center. Almost a half century later, I still remember the joy of singing my new favorite song for the captive audience of my family. I was allowed to be myself, even if it meant inflicting what we now call an “earworm” on everyone else.

My parents and siblings probably realized that I couldn’t possibly repeat the same song for five long hours as I’d promised, but fortunately no one tried to tell me that—since that would’ve only refreshed the challenge. (As the youngest, it was my job to be annoying.) Instead after only a few verses, I quickly tired of the whole scheme. My singing faded out long before we’d passed through any woods—or even made it onto the first highway.

Who knows how long I might’ve carried on if there’d been any suggestion that I might fail to meet my goal?

These days, it’s impossible to imagine a family (or anyone, really) climbing into a car for a five hour drive without providing any distracting devices—especially for the youngest, who might otherwise decide to sing one song over and over again for the entire trip. But my solid foundation of self-confidence is partly the result of eventually coming to the right conclusion all by myself. The lessons we learn on our own are the ones that stick with us the longest, so sometimes not saying anything at all is the best way to teach those lessons.

Happy Thanksgiving to all, especially to those four people who, stuck in a car with a warbling six year old, didn’t take the easy way out and tell me, “shut up.”