Tonight I’m taking part in an 80th anniversary remembrance of the Great Hurricane of 1938 at the Jamestown Library, giving a short talk entitled Fact to Fiction: Oliver’s Surprise. The real stars of the evening will be the firsthand accounts from 80 years ago, when Conanicut was a true island; hanging down the middle of Narragansett Bay, connected to the rest of the state only by boat. Anyone heading to Newport from the south and west would take a ferry across West Passage, walk or drive the one mile across the island, and hop onto another ferry. Two boat rides, with a stop for ice cream or even a movie in between! 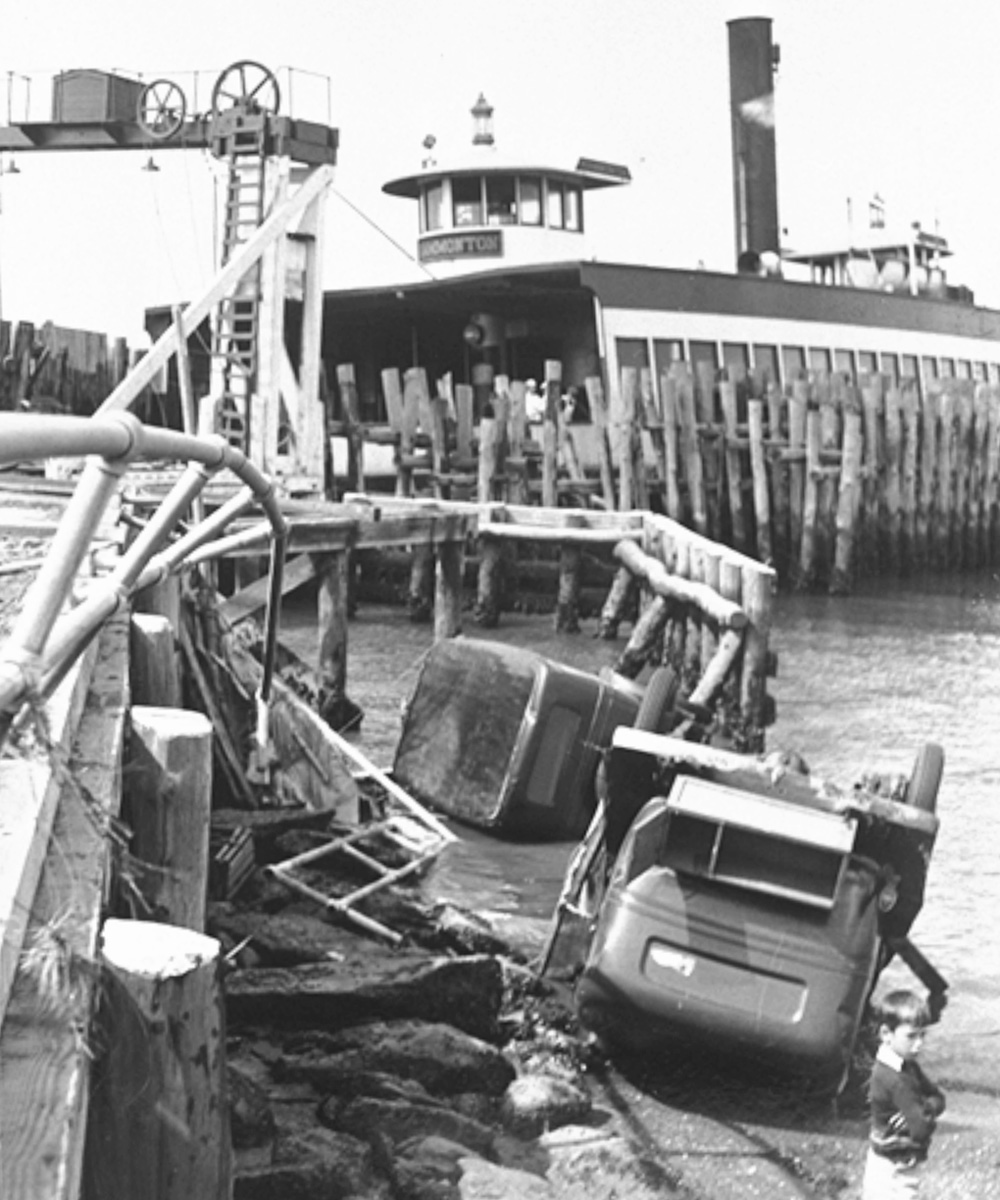 “Thirty-Eight,” as it was called by those who lived through it, took the ferries out of service for long enough to spark the collective will needed to build the Jamestown Bridge. That span opened in 1940, changing this island forever; within just a few years, the ferries across West Passage faded away. Today, the still-solid pier is a destination for pleasure boaters and harbor gawkers.

Ever since 1996 when we moved into a house just up the hill, I’ve gazed out the window and imagined streams of ferry passengers walking or driving up the road. In 2007, we bought a boat that was first launched in 1938—which made me wonder how she’d managed to survive that year’s horrific storm. Wouldn’t it be cool, I thought idly, to go back in time and see what it was really like down at the end of the street, back when ferries still ruled? Later that year, when my 12 year old nephew expressed interest in my stories, my imagination found its narrator. The result—after a lot of research—was Oliver’s Surprise.

Today we can “see” weather coming, right from our phones. Last week we watched Hurricane Florence march across the Atlantic and flood North Carolina, right on schedule. In 1938, there was no living memory and hence no expectation of a hurricane hitting New England—which meant a lot less stomach-churning dread ahead of time, but also no time to prepare. There were no evacuations; people rode out the storm wherever they were.

I’m looking forward to hearing those firsthand letters and to learning more about the ferryboats from local Archie Clarke. I’ll also have books for sale, so join us at the Library tonight from 7-9pm! Directions and more information are available on the Jamestown Library website. Hope to see you there.