We lost another sailing friend this week, and there’s something spooky and yet symmetrical about the details, sketchy as they are. I didn’t meet Hugh until long after the accident that cost him both his legs, but I later heard that he had pulled over to help someone by the side of the road and was run into by another car. 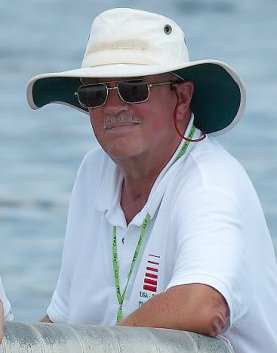 This past Saturday he was found again by the side of the road, with his own car still in gear and his foot on the brake. So his last act was to save another life or two, by getting off the highway before he left us.

Hugh was a tireless volunteer in Annapolis, Florida, and beyond, serving as a judge, umpire, or mark boat operator. I rarely saw him without a smile on his face, in spite of the constant physical pain that would’ve kept a less determined man on stable dry land.

He had recently subscribed to this blog, which was a true honor. He was also a frequent commenter, both here and on Facebook. All of his comments were positive, pointed, and brought in a completely new perspective. That was a lot like our many in-person conversations, which usually took place while waiting out a postponement onshore or dissecting the day’s results after sailing was done for the day. He never hesitated to point out any mistakes he’d noticed, but not in a vindictive way: his aim was to make me do better. And I was only one name on a long, long list of sailors he helped and inspired.

I only faced him once across the table in a protest room, but looking back, the experience combined the best and worst of our sport. Regattas are largely run by volunteers, and at this event one of those volunteers had screwed up. Another competitor had filed for redress, and as the winner, I had to go into “the room” to tell my side of the story. I was planning to skirt the nitty gritty details, because in my mind their public airing would accomplish nothing except to humiliate a friendly volunteer (who also happened to be a friend). 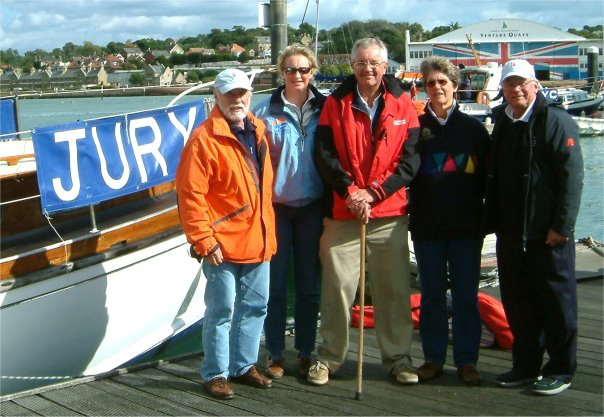 Hugh, of course, saw the bigger picture. He wasn’t going to let me cover up someone else’s mistake, which opened up the chance for me to lose the regatta (through no fault of my own except the failure to rat someone out). When he looked across the table and asked me, in that deceptively velvet voice, “Can you tell us what happened before the start of race three?”, his steely gaze told me he already knew all those nitty gritty details I was hoping to keep off the table. And there was simply no alternative: After a deep sigh, I confirmed what he already knew.

Hugh gave back to the sport with his time and his expertise, but he also shared a passionate belief in common sense—as well as the theory that it’s not exactly common after all. I will miss our conversations at sailing events around the world. But more than that I will miss his quiet belief that doing the right thing, to the best of our ability, at all times, is its own reward.