Home »Editing»First 250 Words: Then and Now

The first page of a novel is all a writer gets to hook a new reader. Below are two versions of the first page of my WIP; the first dates back to 2017, before I really understood what the book was about. The second is, as of August 2018, “final.” What do we learn from each? 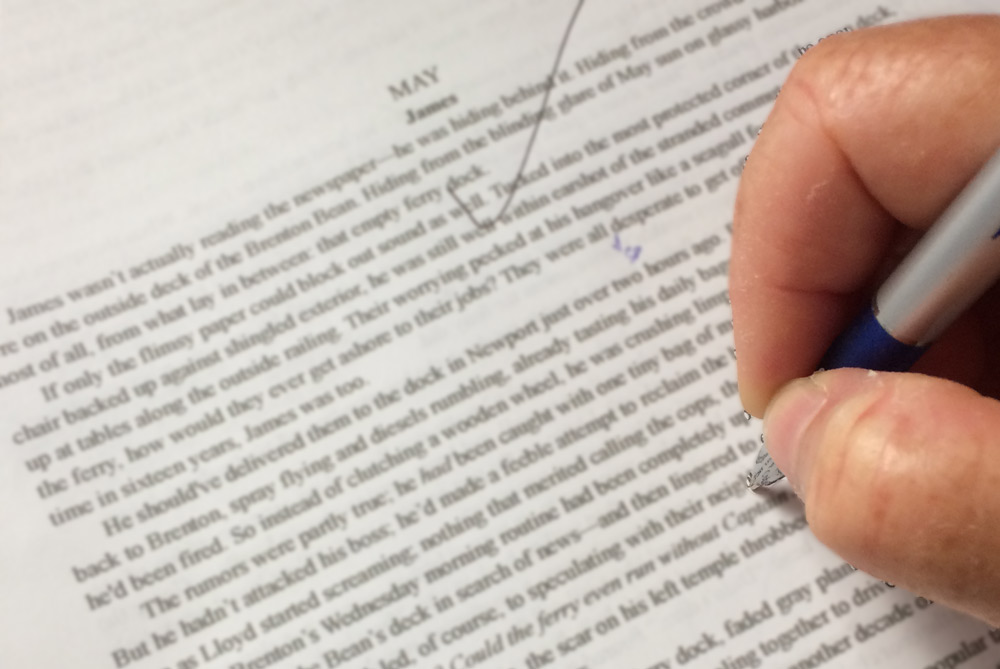 James couldn’t remember the last time he’d read a newspaper. Even now he wasn’t actually reading the Providence Journal—he was hiding behind it. Hiding from the sun’s glare off the harbor. Hiding from that empty town dock where the ferry should be. And hiding from all the chatter at the tables around him—especially Joey Chase, who was apologizing too loudly into his cell phone for not being at his bank desk this morning.

James should’ve delivered Joey and the two other commuters ashore more than two hours ago. And right now he should be backing the Homer away from the dock for the 1030 back to Brenton. On a light air clear morning like this one, the run would be quite predictable: idle out of Newport Harbor and bump the throttles forward to cruising speed off Fort Adams. At Castle Hill, turn the wheel one spoke to port onto a course of 180, when the bow would be pointing right at the Brenton Lighthouse. Three and a half miles and sixteen minutes later, James and the Homer would round Piglet Island to starboard and head for the end of the harbor breakwater—where he’d pull her throttles back to idle again.

The ferry docked on the east side of the town pier, so just before the bow hit the rocky shoreline he’d pull the starboard throttle into reverse, push the port throttle ahead, and spin the forty-eight footer in her own length.

What do we know?

2. James should be somewhere else

James wasn’t actually reading the newspaper—he was hiding behind it. Hiding from the crowd surrounding him here on the outside deck of the Brenton Bean. Hiding from the blinding glare of May sun on glassy harbor. Hiding, most of all, from what lay in between: that empty ferry dock.

If only the flimsy paper could block out sound as well. Tucked into the most protected corner of the coffee shop’s open deck, chair backed up against shingled exterior, he was still well within earshot of the stranded commuters who’d washed up at tables along the outside railing. Their worrying pecked at his hangover like a seagull feeding frenzy: without the ferry, how would they ever get ashore to their jobs? They were all so desperate to get off this island. And for the first time in sixteen years, James was too.

He should’ve delivered them to the dock in Newport just over two hours ago. Right now he should be motoring back to Brenton, spray flying and diesels rumbling, already tasting his daily bagel-and-coffee reward. But yesterday he’d been fired. So instead of clutching a wooden wheel, he was crushing limp newsprint.

The rumors were partly true; he had been caught with one tiny bag of marijuana, bought to ease a friend’s pain. But he hadn’t attacked his boss; he’d made a feeble attempt to reclaim the baggie. Reach, grab, hold up his hands as soon as Lloyd started screaming. Nothing that merited calling the cops—the guy just had a screw loose.

What do we know?

1. James got fired for carrying drugs, and now he’s hungover

3. The commuters are worried

4. James is desperate to get off the island

Details matter. By filtering out the noise and focusing on James, the story is already underway.