For the past few months, I’ve been working with a client creating and updating content for a new website. The goal is obvious: accurate and easily digested consumer-friendly information, which promotes the product without overselling. The process, though, is surprisingly opaque; how to efficiently organize content creation, fact checking, and removal of typos into a seamless flow, in order to include the widest possible variety of perspectives and editing visions? The more people involved, the more complicated the process will become—and the better the end result. 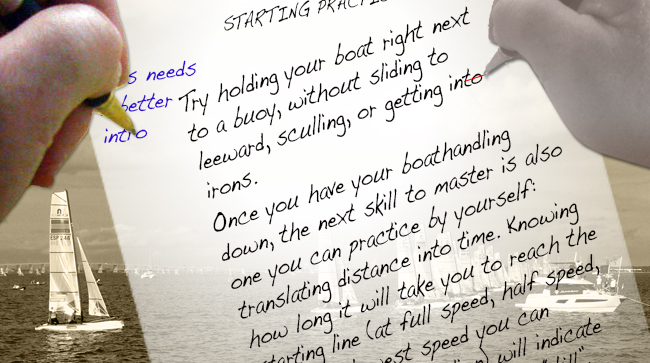 Ten years ago, we would’ve passed around each initial Word document, marking it up with “track changes” until none of us could read the actual text anymore, and updating the name from “content-v1” to “content-v2” and on up the list, until the inevitable “content-final”—which would, also inevitably, require a few more modifications before becoming truly final. Some would add their initials to the title too, to indicate the source of the latest edits, but that would quickly become cumbersome. And even if we had set up naming protocols in advance, there would likely be some hiccups along the way: is this really the latest version I’m working on? If so, where are my edits from five days ago?

Today, we pass around the link to each online document—which is both better and worse. Better, because it’s easy to revert to previous versions, see who made specific changes, and share with a large group by storing in a shared folder. Worse, because files stored on Google Drive have a tendency to disappear—especially when they are initially uploaded as Word docs (which don’t show up in search) and aren’t updated for a week or two. Even when files don’t disappear, the tools and menu options often change with the latest “upgrade.” (What I’ve learned about organizing files and folders on Google Drive is probably worthy of its own post…)

What I’ve come to realize is that the tools don’t matter: the only way to keep a collaborative editing project under control is to set a few basic rules at the very beginning. Here are some of the lessons I’ve learned from working through this process; maybe they will help you in your next editorial collaboration.

1. Start off with a set work flow. Even if it’s modified later, make sure everyone knows the process and who is responsible for each step.
2. Create a central spreadsheet where progress can be tracked. This should include each desired piece of content and its necessary work flow (eg. “content creation,” “fact check,” “final edit”), as well as the document’s link.
3. Have one central “librarian” who keeps track of files and progress (and sends out reminders when deadlines are missed). Google drive is a great way to share files, but it is surprisingly easy to lose things—especially when they’ve remained stagnant for a while.
4. Get the big ideas down first, and then refine them—while making sure the piece itself is doing its designated job. There’s no point in having someone fact check details that aren’t pertinent to the overall topic.
5. Think Goldilocks when sharing links and updates. Including everyone (especially through generic Google sharing emails) will lead to “doc blindness”, like the boy who cried “please edit this” once too often. Not sharing widely enough will obviously have the same end result: a file not seen by the key person who can help make it better.

Different people have different levels of comfort with “systems”, so in order to get the best input from the widest variety of perspectives it’s important to be a little flexible. If someone’s not working within the established system, there are two likely reasons: the first is that it hasn’t been clearly laid out. The second is that it’s not easy enough to be adopted quickly. Depending on how long a project’s time frame is, it may be easier to provide a workaround than to educate.

Collaborative editing leads to better content because the final version will reflect multiple perspectives and areas of expertise. And that’s what really matters—not the tools we use to make it happen.